The Sint Maartenskliniek is taking a first step towards the digital personnel file!

Melanie Heijmink, personnel officer, has been working for the Sint Maartenskliniek in Nijmegen for a number of years. “Our P&O department was still quite old-fashioned when it came to digitising. We were still working with paper personnel files, which actually no longer fitted in the current digital era. In addition, there were many managers in our organisation who kept their own shadow files on the personnel files. This meant that there were several ‘copies’ of one file in the organisation, but the moment you start digitising and give managers, employees and the HR department access to one and the same digital file, you prevent shadow files from being created” , says Melanie Heijmink.

Cleaning up the files

“We had a lot of duplicate documents in our personnel files. That’s why we cleaned up all the files within the organisation ourselves and then sent them to Archive-IT for partial digitisation. There were about 1800 personnel files, so cleaning up required a considerable investment of time! We were under the impression that documents would immediately be given the correct name when they were digitised, such as an employment contract, ID card, etc. We were also under the impression that the documents would be given the correct name when they were digitised. Unfortunately, this was not the case and we had to invest time afterwards to name the electronic documents. It is important that this is clearly discussed beforehand between the digitiser and the customer, because this can save time and therefore money! We are ultimately satisfied with the result”.

Sint Maartenskliniek is now working satisfied with Raet’s digital system as a digital working environment for the personnel files! By partially digitizing their personnel files, they have made a first step towards the digital era, with which they now benefit from all the conveniences of the file! 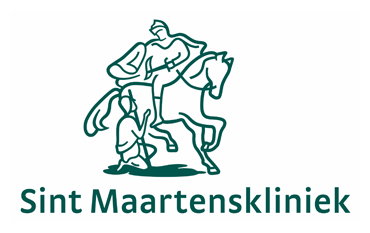